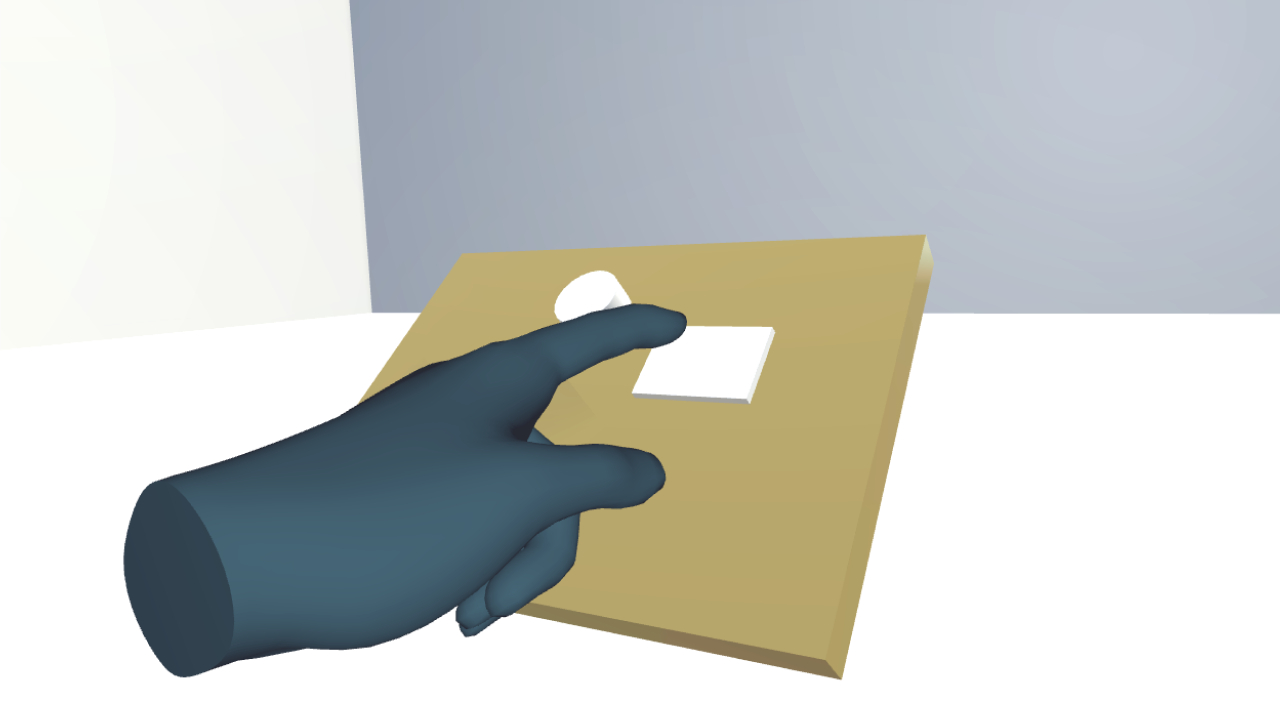 Today we are introducing some exciting updates to our VirtualGrasp hand interaction and animation engine, which are included in the recent SDK releases V0.12.0 and V0.11.1:

‍Refreshed hands. We’ve revamped the hand models to include a new custom-made pair that is both visually appealing and unique to VirtualGrasp.

Introducing Planar Joint. We’re taking interactivity to the next level by introducing a concept called Planar Joint. This allows for intuitive interactions of surfaces and objects attached to them. Imagine sliding erasers and magnets across a whiteboard or using the touch screen of a virtual tablet. This is a VirtualGrasp feature that does not rely on physics and works seamlessly within Unity. See Planar Joint in action here.

The Planar Joint is the newest and sixth member of the joint interactions collection adding on to the existing joints; Floating Joint, Fixed Joint, Revolute Joint, Prismatic Joint and Cone Joint. Read more about all the joints here.

Articulation. The powerful articulation component within VirtualGrasp is used to specify that a certain object can be interacted with. The articulation component has been expanded even further and is now more nuanced and easier to use for developers. The engine’s interface will now provide more detailed information about how an object is articulated and its interactivity can be toggled on or off. A new sanity check input also makes it easier for developers to avoid incorrect settings.

VG interactable. The ability to control throwing power (velocity scale) has been introduced. This helps developers adjust the immersive weight and feel of an object when tossing or dropping it so that it behaves in a more natural way.

More intuitive object baking. VirtualGrasp uses a preprocessing technique known as object baking to handle the heavy computing load and make objects within your project graspable. This step has been simplified and is now a straightforward one-click process. A convenient in-Editor tutorial within Unity on object baking has also been made available.

Improved file management of recordings. VirtualGrasp provides a feature that makes it possible to record hand movements for illustrative and instructive purposes. Rename recordings and create folders to keep them organised.

Get started with VirtualGrasp right now, available as a two-month trial for personal projects and small companies.